An Interview with Rachel R. Heil 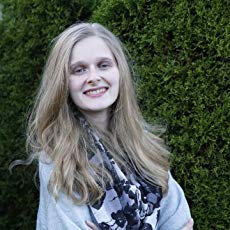 My guest today is author, Rachel R. Heil, someone whose work I have admired for a while now. Rachel comes from Grafton, Wisconsin and has majored in English at Concordia University. She is now working on her Master’s Degree. As if that wasn’t enough, she has found time to write a series of WWII books.

Welcome to A Literary World , Rachel, tell us about your background? When did you decide to become an author?

I’ve wanted to be an author since I was very little. The day I learned there was a program on the computer that allowed you to type up whatever you wanted there was no going back. I was also inspired by what I read. As part of the American Girl Doll generation, I read every single book that came out from that line and that’s where my interest in writing historical fiction came into place. So, it has been something I’ve been wanting to do for a long time.

What are your novels about and where are they set?

Behind the Darkened Glass is set in Nazi Germany during the twelve years Hitler was in power and centers around Hans von Peterson, an officer in the SS, and Charlotte Brookfield, his love interest. Throughout the series, Hans and Charlotte witness how the SS grows, becoming one of the most violent organizations that orchestrated the Holocaust. The series primarily deals with the question that I see a lot of people ask, which is how could ordinary Germans support Hitler and the Nazi party?

What is it that inspires you to write about WWII?

It’s the time period I have the most interest in. While I also like writing about other periods and do plan on branching into other historical events in my writing career, WWII remains the event I have the most interest in. So much of the world’s history that happened after the war was a direct result from that conflict; the Cold War, the establishment of Israel, government officials being held accountable for crimes against humanity, to name a few. One could say that WWII was just a continuation of the events that trigger WWI, and I agree with that statement, but for me, WWII is just fascinating. This was also partially because of my grandfather’s war stories. Though he died when I was quite young, my father continued to share those stories with me growing up. My grandfather served in Italy at the end of the war and would be charged with watching the German POWs and he would tell my father and his brothers stories relating to those POWs. So, it was a combination of both family history and the importance WWII has in the context of world history that has led me to write about this time period. 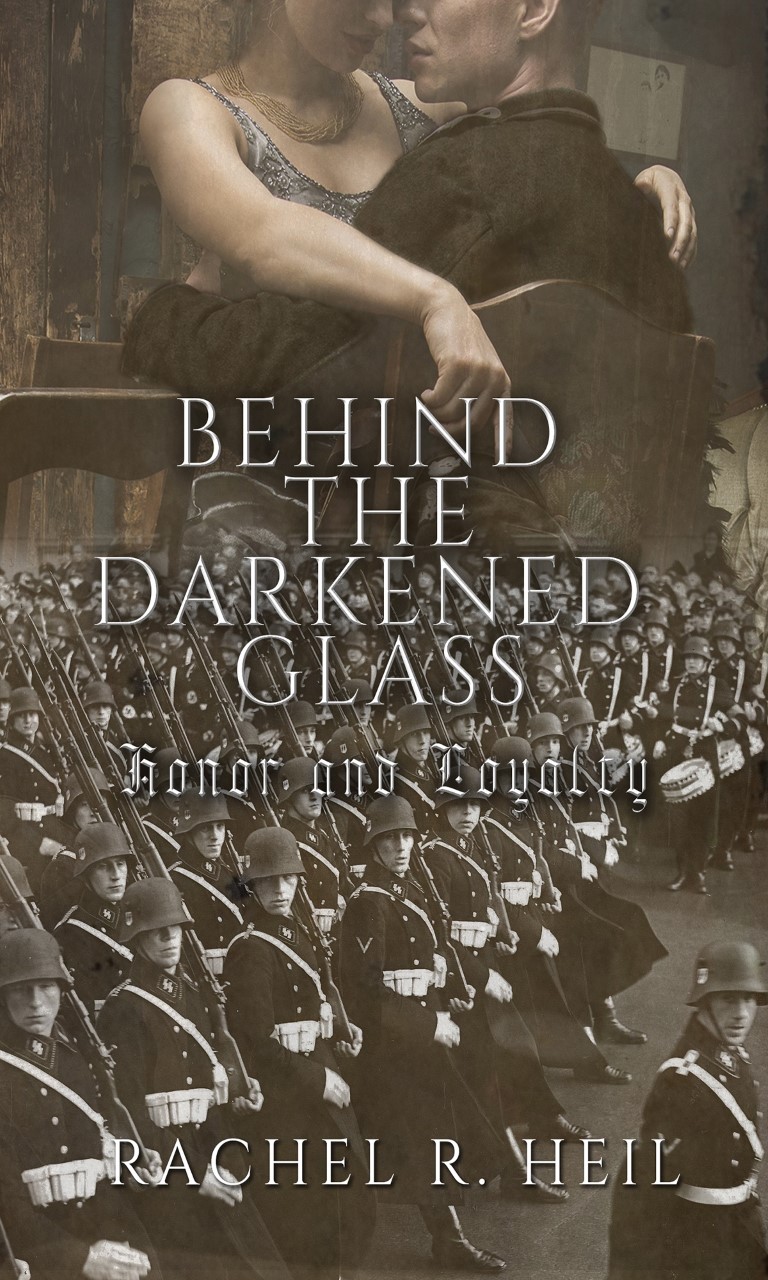 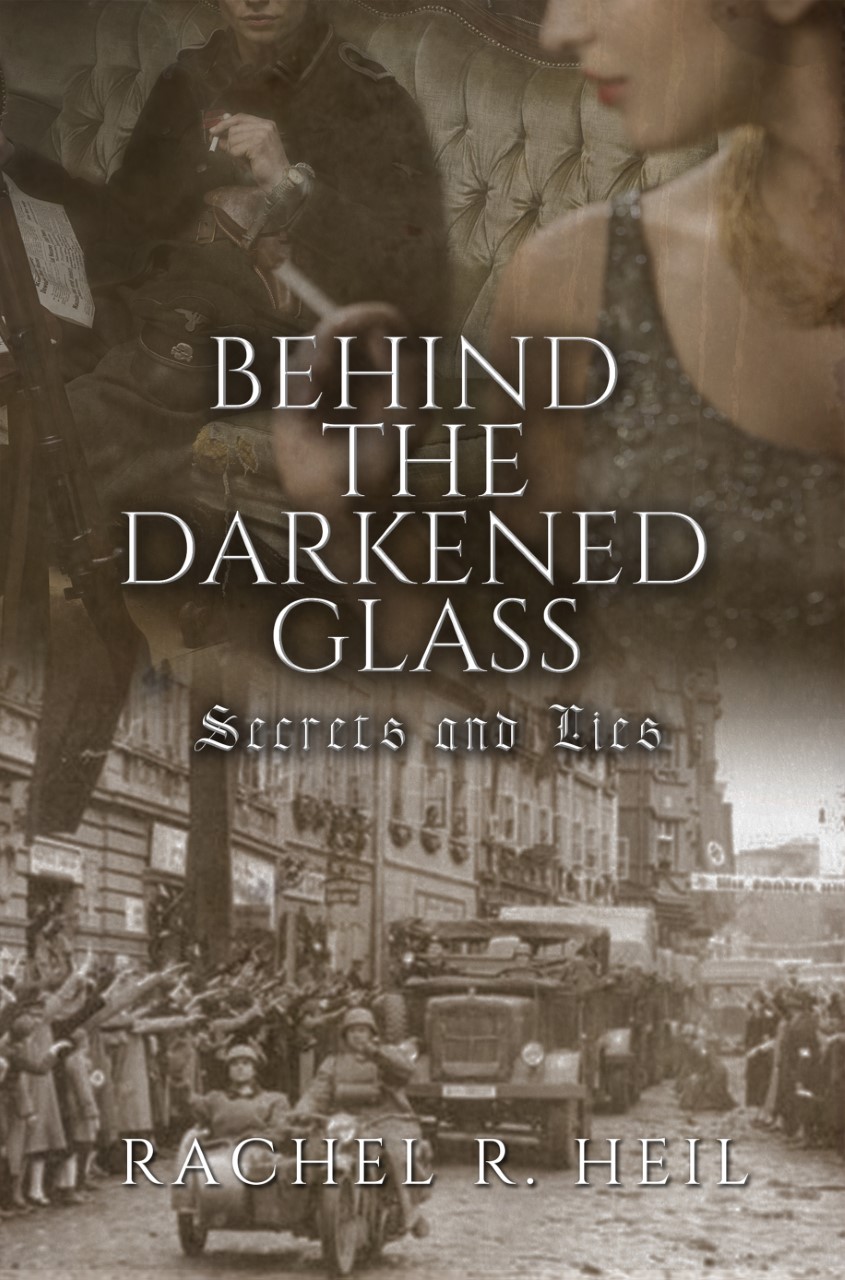 Can you tell us about your latest novel?

My latest novel is the fifth and final book in the Behind the Darkened Glass series. Without revealing too much, the book is set during the last three years of the war and has Hans and Charlotte making several, unbelievably painful decisions that will seal their fates for when the war is over. 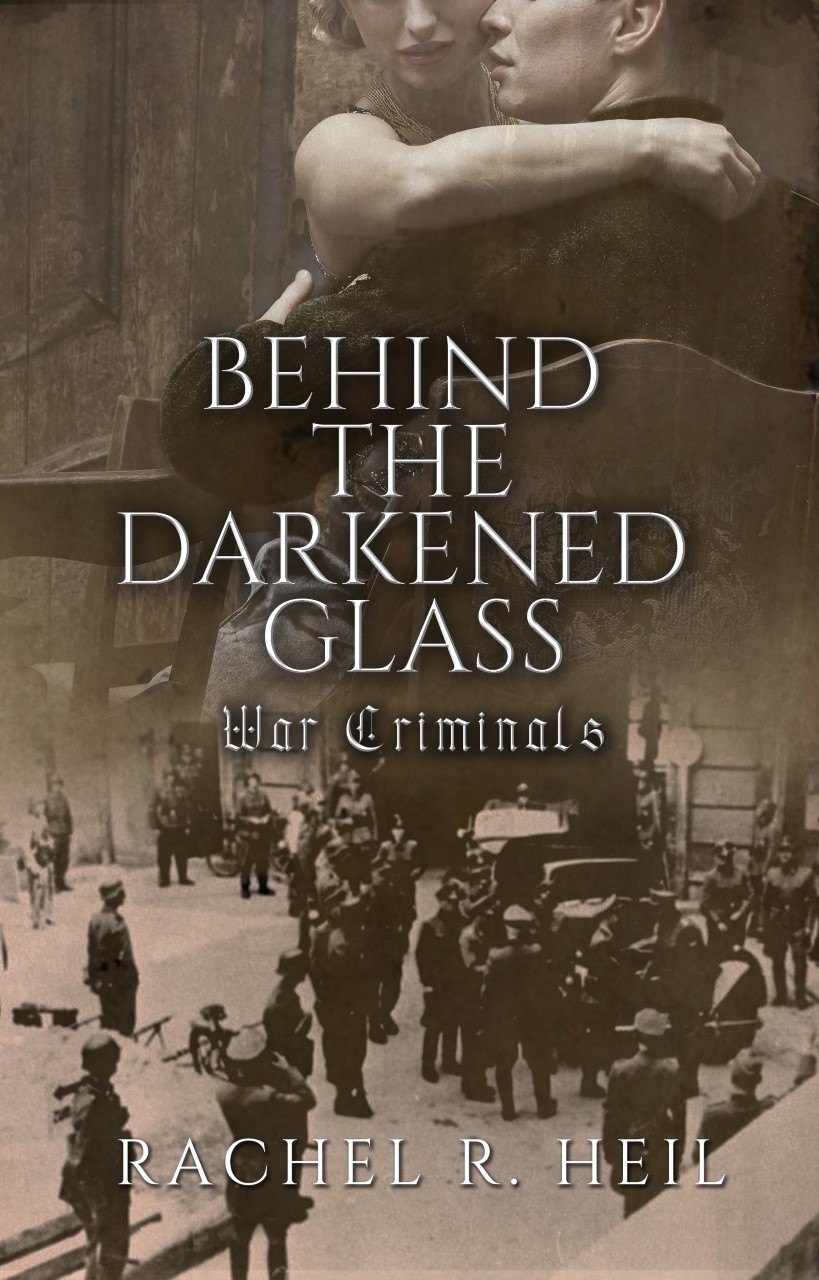 What sort of research did the stories require?

The most thorough research I can. For the Behind the Darkened Glass series, I used about twenty or more works. The reason why I use so many resources is because I want to create the most accurate portrayal of the time period and characters I can. Generally speaking, you could get a good understanding of the SS and its leaders using less than half of that number but I always want to dig deeper. I love learning about some small detail relating to a historical figure and incorporating that into the story. It adds an extra layer to my story. I also love the research aspect, so it is also one of the parts of the writing process I enjoy the most, next to actually finishing the book.

Are the characters based on real people?

You can say they are. While they aren’t based on anyone in particular, Hans and Charlotte do represent the ordinary Germans who were at first supportive of Hitler but eventually realized they had made a horrible mistake. With that said, many of the other supporting characters are real historical figures, like Heinrich Himmler, Reinhard Heydrich, Adolf Eichmann, Walter Schellenberg, etc.

What is the most challenging aspect of writing about WWII?

The same for any historical fiction novel, keeping it accurate. Though I love the research part, it can be difficult. While it’s impossible to get every single detail correct, I want to make sure it is as error-free as possible when it comes to the facts. If that means spending an hour trying to find out what a particular building looked like in 1942, then so be it. In the end, it is worth it, especially when you have a reader commenting on how historically accurate they found it.

Do you think fiction helps us understand the past?

Absolutely! It makes the past feel real. By creating a character and putting them in the middle of German-occupied Denmark, for example, that part of history becomes easier to grasp. You are living through that character so, in a way, you are right there without them experiencing that part of history. That’s why I love historical fiction. You can learn something new and experience history as close as you’ll be able to.

On writing. What do you think is the secret to writing a good story? Are there any?

Do you have a special writing space?

I do not. Though, if it is a dark, rainy day outside I will move things around in my schedule to make sure I do some writing. I find myself most creative in that weather.

Is there a special time of day that you like to write?

No. I write when I am able to.

What is favourite WWII movie?

This is a very difficult question! I would probably say Dunkirk, directed by Christopher Nolan. The script, acting, and score were fantastic and even though I knew how it ended, it kept me on the edge of my seat. I would also highly recommended Downfall (known as Der Untergang in German), Schindler’s List, Suite Francaise, and Charite at War. There has been a lot of great WWII area movies that have come out within the last few years, which is great to see.

Do you have a favourite piece of music from the WWII era?

Lili Marleen, sung by Lale Andersson. I listen to it several times while writing. It instantly transports me back to that time. Absolutely love it. 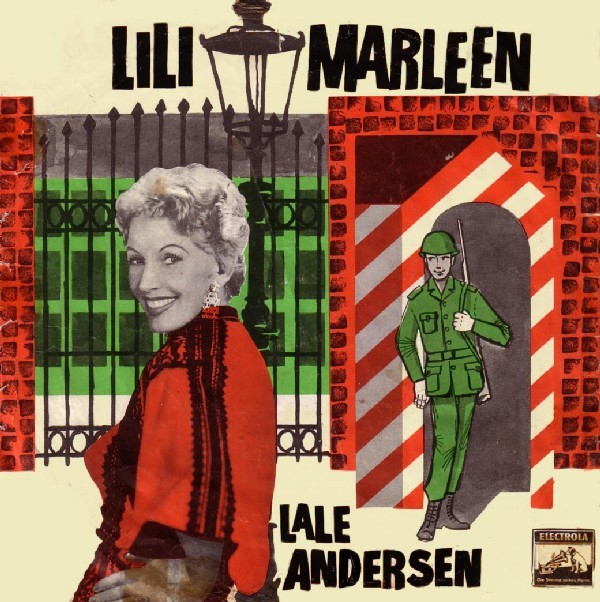 When you’re not writing, what do you like to do to chill out?

It’s funny, I actually use writing to chill out. But, I also liking going for walks, reading, and binge watching Netflix series.

Who are your favourite authors? 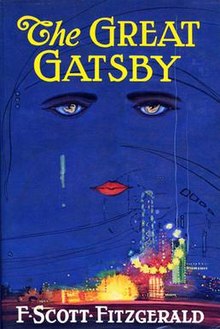 I don’t have a particular favorite but I loved the art from the Renaissance period. The detail in those works are just outstanding to me. As someone who can’t draw to save herself, I’m always blown away by them.

What’s next for you?

Right now my next book is with the editor. It will be set during the Siege of Leningrad during World War Two. It was the longest siege in history and lasted about 900 days. The story will be told from both the Russians’ perspective and the Germans’. I’ve wanted to write this one for a long time so I’ve very excited to share it with my readers.

Excerpt from the first book in the Behind the Darkened Glass series.

Hans followed Helmut into the open area. Helmut pushed Baumbach to the ground and he landed on his knees. Helmut then moved to the side and motioned for Hans to act. Keeping his composure, Hans threw his cigarette to the side and removed his gun from his holster.

As Hans removed the safety off his gun, Baumbach spun around on his knees to face him. The tears he had been holding back suddenly came streaming down.

“Please, don’t kill me! I’ll do anything! You promised!”

He should have just shot him. It should have been easy. If only he hadn’t opened his mouth.

“Promises mean nothing when carrying out the Führer’s will,” Helmut replied coolly.

Hans remained silent, knowing Baumbach was right. He had promised him—several times in fact—that he would not pay for being part of the SA. Yet here they were, in the middle of the night, preparing to fire a bullet into the back of his head.

Hans’ gun was pointed directly at Baumbach, finger resting on the trigger, but he couldn’t will himself to do it. His hand shook, and Helmut stared at him hard, almost in disbelief.

“What are you doing?” Helmut asked. “Shoot him.”

However, Hans couldn’t, unable to look away from the man on his knees. Oh, he was a pitiful sight, but one Hans felt sorry for. Despite all his faults, Baumbach had truly done nothing wrong. No, he wasn’t loyal to the SA, but did that warrant an execution? Hans failed to see the reasoning.

Thank you so much for giving us an insight to your work, Rachel. It’s been an honour to have you with us. We share similar likes. I also love Lili Marlene and play it frequently. I also have to say that I love your covers. Seductive – and they make me want to know more about the characters. On behalf of my readers, I wish you continued sucesss. 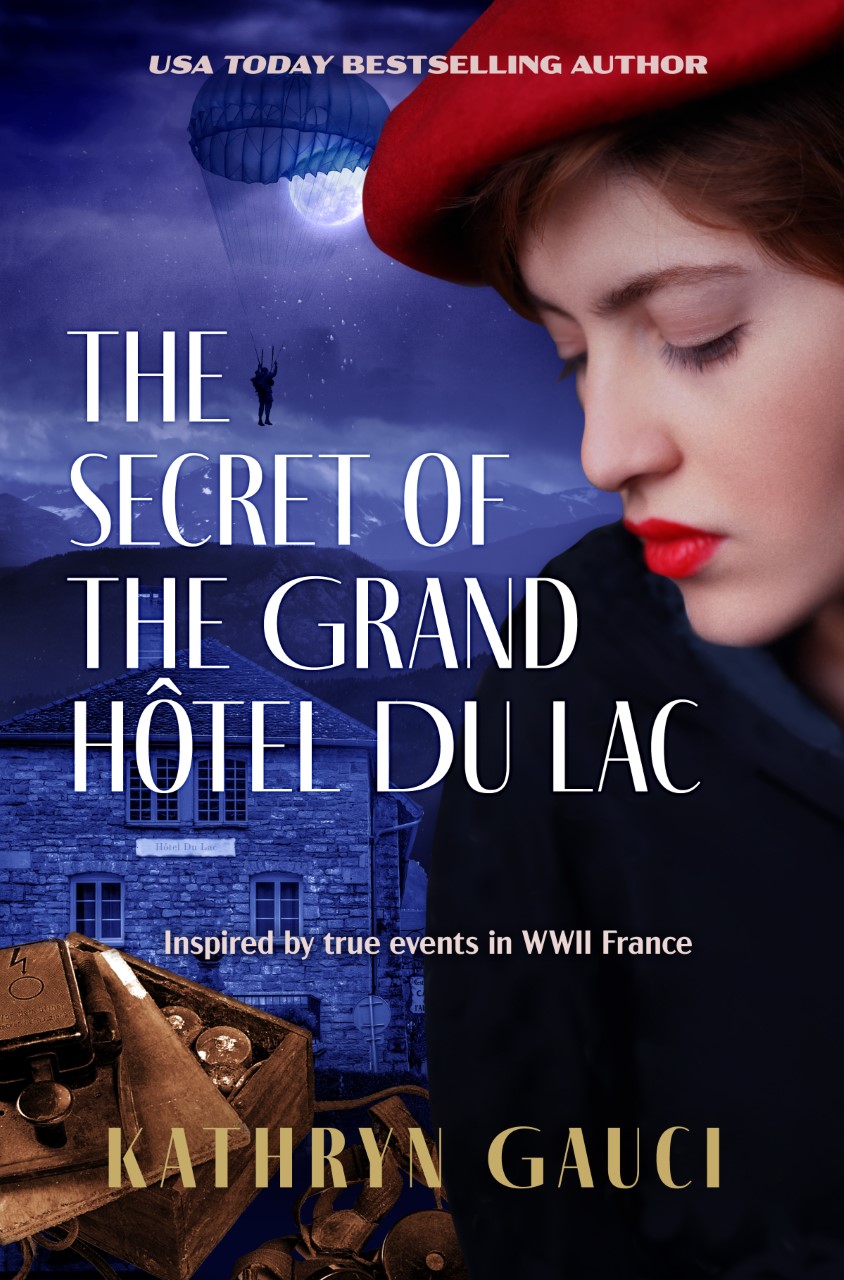 From USA TODAY Bestselling Author, Kathryn Gauci, comes an unforgettable story of love, hope and betrayal, and of the power of human endurance during history’s darkest days.

Inspired by true events, The Secret of the Grand Hôtel du Lac is a gripping and emotional portrait of wartime France… a true-page-turner.

“Sometime during the early hours of the morning, he awoke again, this time with a start. He was sure he heard a noise outside. It sounded like a twig snapping. Under normal circumstances it would have meant nothing, but in the silence of the forest every sound was magnified. There it was again. This time it was closer and his instinct told him it wasn’t the wolves. He reached for his gun and quietly looked out through the window. The moon was on the wane, wrapped in the soft gauze of snowfall and it wasn’t easy to see. Maybe it was a fox, or even a deer. Then he heard it again, right outside the door. He cocked his gun, pressed his body flat against the wall next to the door, and waited. The room was in total darkness and his senses were heightened. After a few minutes, he heard the soft click of the door latch.”

February 1944. Preparations for the D-Day invasion are well advanced. When contact with Belvedere, one of the Resistance networks in the Jura region of Eastern France, is lost, Elizabeth Maxwell, is sent back to the region to find the head of the network, her husband Guy Maxwell.

It soon becomes clear that the network has been betrayed. An RAF airdrop of supplies was ambushed by the Gestapo, and many members of the Resistance have been killed.

Surrounded on all sides by the brutal Gestapo and the French Milice, and under constant danger of betrayal, Elizabeth must unmask the traitor in their midst, find her husband, and help him to rebuild Belvedere in time for SOE operations in support of D-Day.